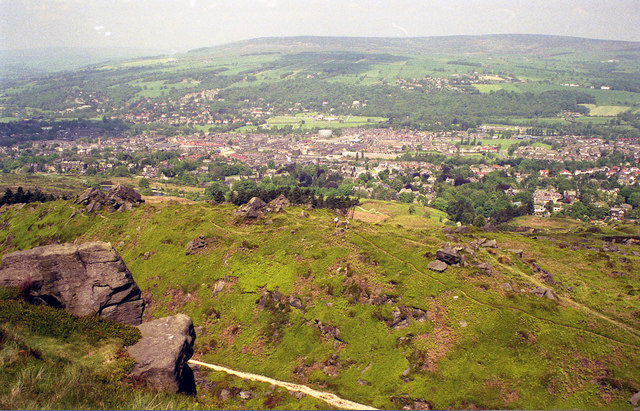 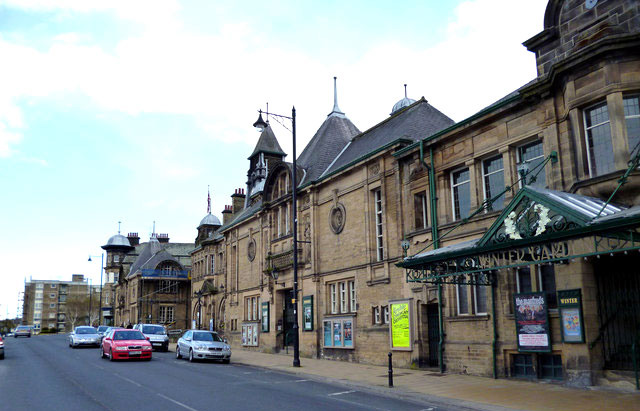 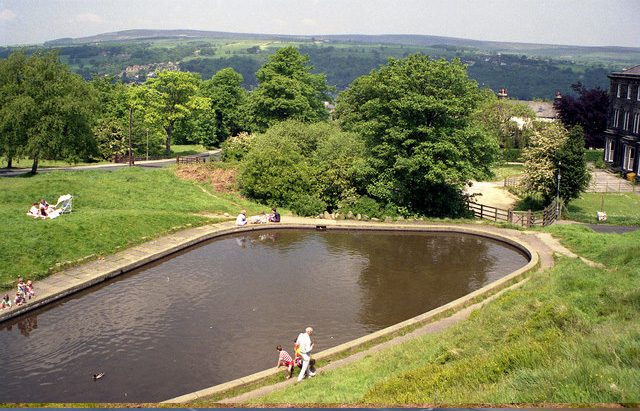 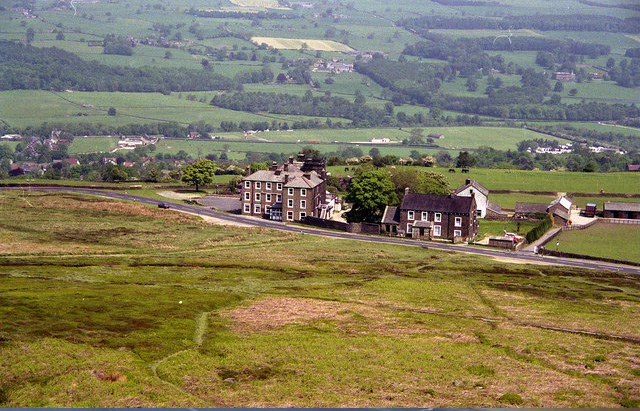 The spa town of Ilkley is an immensely popular destination for walkers and cyclists. Located on the northern tip of West Yorkshire, it is the official starting point of the 84 mile Dales Way trial, which runs all the way up to Bowness-on-Windermere. It also provides an ideal base for those that wish to visit the Dales National Park at their own leisure.

While you undoubtedly came to this site to read about the Dales, there are many reasons to just visit the Ilkley alone. With a history going back as far as the Bronze Age, Ilkley offers much to see and do. The Victorian architecture on view is a sight to behold in itself, as is the town's well-kept park areas.

It was during the Victorian era that Ilkley as we know it was really formed. Because of its natural spring waters, it established itself as one of the country's leading spa towns and the great and the good of the time were soon booking out Ilkley's hotels and guest houses.

One notable visitor was the naturalist and geologist Charles Darwin, who headed to Wells House to undergo water therapy shortly after completing his iconic work On The Origin of the Species in 1859.

Darwin had suffered with ill heath ever since returning from his voyage around the coasts of South America and the Galapagos Islands aboard the HMS Beagle. He believed his body could be purified with hydrotherapy and travelled to Ilkley take part in a type of treatment that included him drinking and bathing in cold water.

Another hydrotherapy tourist was the French artist Marie Tussaud, who later went onto former her chain of wax museums.

Even if you've never been to Ilkley before, there's a strong chance you will have heard of the town. Despite having a population of less than 14,000 people, Ilkley is widely known due to it being the place featured in Yorkshire's unofficial anthem On Ilkla Moor Baht 'at.

Translated as 'On Ilkley Moor without your hat', the song originates from the early part of the 19th century and tells the tale of how a man is warned about courting his lover Mary Jane on the moor without any head gear because the harsh winds could lead to him "catching his death of cold".

If walking or cycling is your thing then Ilkley Moor is well worth a visit before you head out to the wider expanses of the Dales. Forming part of Rombalds Moor, the area is rugged and picturesque. One of its most popular places for visitors is the Cow and Calf rocks on the moor's edge. Also known as Hangingstone Rocks, the site is made up by two large formations which offer unrivalled views over the region's beautiful countryside.

According to ancient legend, the Cow (the larger rock) and its calf were separated when a giant called Rombald stamped on the rock as he stormed his way across the moorland in pursuit of his wife.

Another interesting site is the Swastika Stone. Situated to the north of the moor, the stone has a curved carving which is believed to date from either the Bronze or Iron Ages.

Also steeped in history is the Manor House Museum close to the town centre. Offering free admission, the museum stands inside a 17th century country house built on the grounds of a Roman fort.

Opened as an art gallery and museum in 1961, it is home to a number of exhibits and botanical specimens, including Neolithic arrowheads, carvings and a Roman triple vase that has been at the site since 1892.

If you want to relive your youth then the Ilkley Toy Museum is well worth visit. This private collection of toys tells the story of childhood pursuits running from 350 BCE to the modern day. Much of the displays feature toys from the 1950s and '60s, with classic puppet shows such as the The Thunderbirds being featured. There are also a number of Germanic wooden dolls from the early part of the 20th century as well as an English dolls house from around 1830.

Current admission is just £3.00 for adults and £2.00 for those aged between five and 16 years. Small children are free and family tickets can be purchased for £8.00.

On warm days you may want to cool off by taking a dip at Ilkley Pool and Lido. This is one of the few public outdoor swimming pools left in the UK and it still retains the Art Deco stylings of its 1930s heyday.

It is open only during the summer months and provides a place where visitors can relax on a sun lounger while topping up their tan or complete a few lengths in the pool. The site also has a putting green, picnic area and tennis courts as well as an indoor pool for those days when the weather is not so good.

After a long day exploring the moors around Ilkley or the Yorkshire Dales you'll probably have quite an appetite and the town is home to a number of top class eateries. If you have a sweet tooth and want to enjoy a relaxed daytime setting then you may want to consider Betty's Café Tea Rooms where you can enjoy a fine selection of teas as well as some of the best cakes and confectionaries available.

If it is fine dining that you seek then the Box Tree Restaurant is highly recommended. Boasting a Michelin star, the eatery is the place where celebrity chef Marco Pierre White cut his culinary teeth.

Transport links in Ilkley are excellent. The town has a central train station as well as a smaller stop at Ben Rhydding which connects to the large cities of Bradford and Leeds.

Next to Ilkley Train Station is the town's bus station, where you will find regular services to Skipton, Keighley, York, Otley and Harrogate. Car users can reach the town by travelling along the A65, while those jetting in from overseas will find that Leeds Bradford Airport is only nine miles away.Content here

Welcome to Ilkley local information page. YorkshireDales.co.uk is investing in the local community by giving every town in and around the Yorkshire Dales an outlet to show the world what we are doing locally. As we get information we will grow this section to accommodate all the wonderful information you send us. In this section we are looking for all sorts of local information. For example it might include the following but we are happy to list lots more -:

Please send us details of any local information for Ilkley - we will post them here and on our Events page.
Email us now...

Welcome to Ilkley local information page. YorkshireDales.co.uk is investing in the local community by giving every town in and around the Yorkshire Dales an outlet to show the world what we are doing locally. As we get information we will grow this section to accommodate all the wonderful information you send us. In this section we are looking for all sorts of local information. For example it might include the following but we are happy to list lots more -:

Please send us details of any local information for Ilkley and we will post them here.
Email us now...

Please send us details of any local travel information for Ilkley - we will post them here.
Email us now...