Steaped in history, Coverdale has some great places to visit and beautiful things to see. Set in the far east of the Yorkshire Dales, this dale takes its name from the River Cover and runs from Wensleydale all the way to the wonderful Park Rash Pass. There are many small villages resting along the steep sides of Coverdale, and historically it was once the resedence of King Richard the III who preferred to live in Middleham Castle than in the palaces of London.

Have a wonderful day out and take a look at the impressive castle ruins fit for a King!  Middleham is also the centre of the racehorse world and you can even take a tour around some of the stables, meet the horses and talk to the trainers.

Of all the villages in Coverdale, West Scrafton, is home to just 40 houses of which 10 are Grade II listed.  The Manor House was built in the 16th Century and was the home of Lord Darmley, who later became Mary Queen of Scotland’s husband.  Why not book a tour around Tupgill Park and see The Forbidden Corner which was originally a private folly.  Another point of interest is the pyramid, built of glass or catch sight of wild herds of deer or a temple of fish. 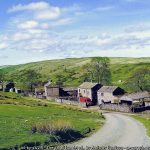 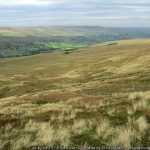 Click on an image above to view the Gallery of Coverdale images. If you have photographs of Coverdale we would love to see them! Please email them to us so that we can add them to our Gallery. Email: [email protected]