There are only three villages in the valley, Thoralby, Newbiggin and West Burton, which claims to have the largest village green in England. J.M.W. Turner spent much of his time here painting the landscape.

West Burton is host to the Famous Cats Galore at Moorside Design where they have been making cat ornaments since 1982. The village also has evidence of iron age settlement on top of Burton Moor where it consists on eighteen hut circles that have been designated a Scheduled Ancient Monument.

Thoralby is mentioned as far back as the Doomsday Book and After the Norman invasion the lands were awarded to Count Alan of Brittany, who granted the local manor to Bernwulf, who had held the manor before this. The manor however was eventually acquire by the Lord of Middleham and then passed onto the Norton Family in the 17th Century. On its common the remains of old lead mines can be found indicating an industrial past along with a mill that has been there since 1298.

Newbiggin with a population of about 100 is a relatively small village. It is home to a 300 year old coaching inn, The Street Head Inn. 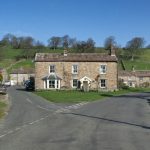 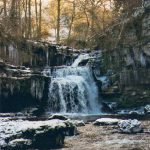 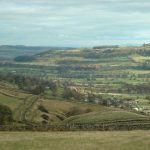 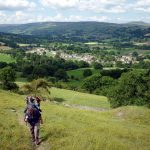 If you have photographs of Bishopdale we would love to see them! Please email them to us so that we can add them to our Gallery. Email: [email protected]