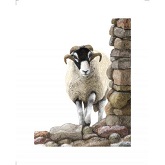 The Yorkshire Dales National Park was set up in 1954, and covers an area of 1,762 square kilometres (680 square miles) in the north of England. It straddles the central Pennines and lies in the counties of North Yorkshire and Cumbria. Other Local National Parks include the Lake District, North York Moors and Peak District and were set up between 1951 and 1952. The Yorkshire Dales is 50 miles (80.5 kilometres) north east of Manchester; while Leeds and Bradford lie about 20 miles to the south. Kendal lies about 40 miles to the west and sits just 5 miles off the M6 Motorway; and finally Darlington lies to the east. Travelling to the Yorkshire Dale can be done in a number of ways but if you are travelling by car there are good road links from each of these cities to the many park gateways.

Many people and organisations help to keep the National Park a special area and amongst them is the Yorkshire Dales National Park Authority. We are an independent body within the local government structure, created by the Environment Act (1995) it usually falls onto the Yorkshire Dales National Parks Authority to make the final decision; although many large landowners might disagree with many you their decisions. Both have their own perspectic and both relevent, thats why we would this site to be more of the views of the local people living in this beautiful place. More areas for local discussion may include some of the services that are provided by district and county councils – for example local planning.