Situated in the heart of Wharfedale, the village of Kilnsey offers a real taste of Yorkshire Dales life. While it is quite lively when events are taking place, most days of the weekend it has a relaxed atmosphere and is a great place for a relaxing break.

The village is overlook by Kilnsey Crag, a limestone cliff that dominates the western skyline with its 170ft elevation and 40ft overhang. The top of the crag is good for walking and offers fantastic views of the surrounding countryside.

A local legend tells of a witch that lived under the crag's overhang during the 1700s. Named Old Nan, she could supposedly tell people their fortunes and even had a stall on Skipton Market.

On the hillside below the Kilnsey Crag is the Kilnsey Park Estate, which has a large fishing pond and area for pony trekking. It also has a conservation programme for red squirrels. The furry creatures were once a common sight in the UK but their numbers have declined in recently decades, with some people blaming the introduction of grey squirrels from North America.

The red squirrels at the park are part of a captive breeding scheme devised to prevent them becoming extinct.

Other than the one on the top of the crag, an historic walking route from the village runs along Mastiles Lane, a former Roman marching road that was also used by monks during the Middle Ages as a path to Fountains Abbey near Ripon.

Each year the village hosts the Kilnsey Show, which has been dubbed as the Dales' premier agricultural gathering. It includes harness racing, fell running, equestrian events and dry stone walling. There are also stalls selling produce and crafts from local farms.

Kilnsey was also going to be home to Cragfest a musical festival which was going to attract internationally renowned bands as well as emerging artists from Yorkshire and Lancashire. It was cancelled in 2012 due to bad weather and hasn't taken place since but there have been calls for it to be resurrected.

Nearby Arncliffe may be a village you recognise as it is the original setting the TV soap Emmerdale Farm. The show was filming there for four years following its inception and the pub at the end of the green is what the Woolpack was based on.

Kettlewell to the immediate north of Kilnsey is also an interesting place as each year it hosts a Scarecrow Festival in which residents dress up and create their own scarecrows with prizes being given to the most imaginative.

Welcome to Kilnsey Things To Do. YorkshireDales.co.uk is trying to invest in the local community by giving every village an outlet to show the world what we are doing locally.
Please send us details of any local information for Kilnsey - we will post them here.
Email us now...

Situated in spectacular surroundings, the two spring fed lakes are both approximately 1 acre in size and are open all year round, fishing well throughout the winter.
https://kilnseyfishing.co.uk/ 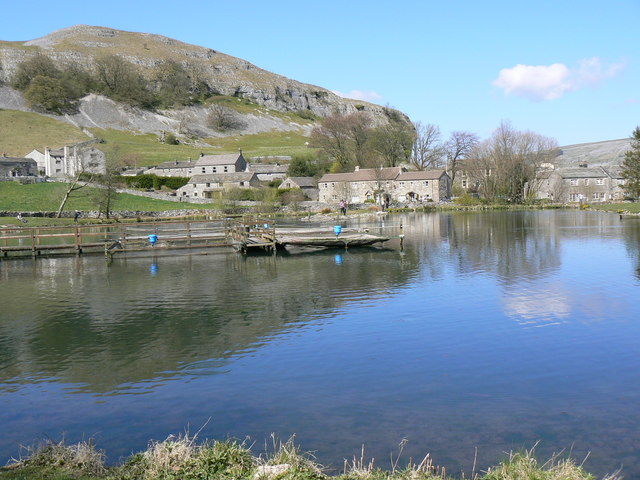